She also presented her speech to the audience at our school open house on Saturday, October 24th.

You can watch the speech contest on YouTube by clicking on the link.

Do you know the recent news that has made the world fluster?

On May 25, 2020, a black man who was called George Floyd was killed by a white police officer. George lost his life on suspicion of using fake bills. If he had been white, would he have had a different destiny?

And now, I'd like to talk about my experience with racism . When I was an elementary school student, I had a friend who was half Japanese and half Filipino. Her skin color was a little dark, so some boys called her "Foreigner". She always carried on with smile, so I also enjoyed their joking. But one day, the boys said to her "Hey, foreigner!" same as usual, then, she started crying suddenly. I couldn't understand why she was crying then. After a while, I realized at last. She had endured, and she was hurt. I did a terrible thing to her. But it's too late to apologize.

I don't want you to do such a terrible thing to somebody, or to experience such a thing.

So, what should we do to eliminate discrimination? Some people say that if we make an effort, one day we can realize a world free of discrimination. However, almost all people may notice that discrimination will not just go away, right? But it's also wrong to do nothing. Even if the world doesn't change, there is something we can do.  So what do we really have to do first?

In my opinion, we must understand our privilege. What is your privilege? For example, the people who have black skin are imagined to have a bad back ground based only on their skin color. Probably, you have never experienced something like that. It's your privilege. Also, you can study at school, or you can eat delicious food as usual. Those are also your privilege.

In the world today, discrimination occurred because of privilege, but why?

In the first place, we are all the same human, and live in the same world. And it's so wrong to judge a person based on their skin color, gender, back ground and so on.

We know it's wrong, but this has become natural. It's not just a problem in America, but a problem all over the world including Japan.

Today, when you get home, I want you to discuss this topic with your family. You may be able to find a new point of view

That's all for my speech. Thank you so much for listening.

Kyoto Prefectural Higashiuji Senior High School is located in the north of Uji City, which adjoins Kyoto City. It is a full-time upper secondary institute established in 1974. Ever since its beginning, Higashiuji Senior High School has been educating students to be mentally and physically healthy, spontaneous, creative and practical.There are three points which are stressed at this high school; high academic standards, self-discipline and the assistance of students in reaching their career goals.Beginning in 1981, Higashiuji Senior High School has provided the community with open lectures. We are among the first high schools in Kyoto Prefectureto initiate this kind of program. Also, other school facilities such as the school grounds, gymnasium, and school library are regularly open to the public.

There are 32 lessons per week,but the students in the Advanced Track and some in the General Track, take one extra lessons a week. These students are trying their hardest to pass examinations to enter universities. Those students in the standard and advanced level English courses take more hours of English classes. Also, these students may participate in classes which include various activities such as creating an English language newspaper

The school festival and Sports Day are in September. In February, the school marathon takes place. Boys run 16 kilometers and girls run 14 kilometers. The second graders have excursions to Taiwan, Australia or Hokkaido.

Hello everyone! My name is Marvin Dimatulac and I am from the Philippines. I have been living in Japan for about 5 years now and I used to live and work in Ibaraki Prefecture as an English conversation teacher. I really love to travel and experience local Japanese culture and so far, I have already traveled in 28 prefectures including Aomori, Iwate, Miyagi, Fukushima, and Yamagata. Moving to Kyoto and working for Higashi Uji High school has been one of the most rewarding experiences I have ever had. I am looking forward to working with you all and rest assured that I will give my best as your cultural ambassador to help students broaden their views and enhance their dreams through cultural exploration. 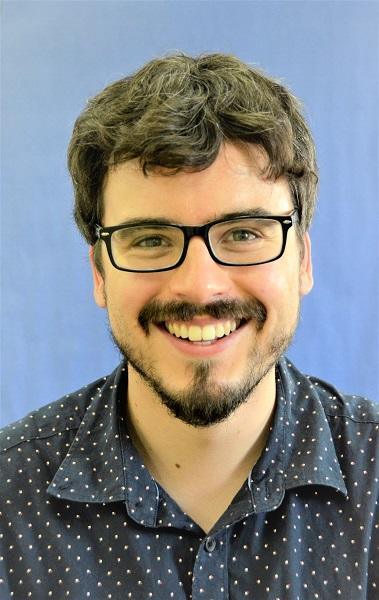 Hello! I am Alex Longthorne from Liverpool,England and I have been living in Kyoto since August. It has been a pleasure meeting the staff and students of Higashi-Uji Senior High School over the pasttwo months, as well as discovering the wide range of incredible experience savailable in the Kansai region. I taught English in South Korea for two years,lived in America for four months and I have traveled to twenty-three countries so far. I hope I can share my enthusiasm for global culture with my studentsand I look forward to learning more about their passions and interests over thecourse of my time in Japan.